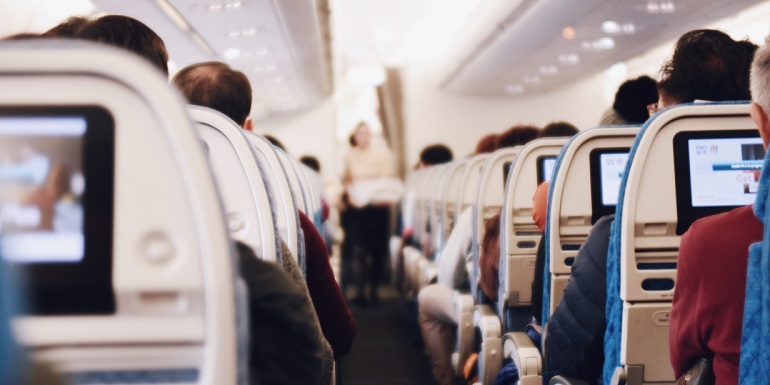 Africa and Asia Pacific are two of the fastest growing tourism destinations over the last few years, with Asia Pacific ultimately taking the top spot. This week, we look at which factors are leading to increased growth in tourism markets and what impacts they are having.

One way that some countries have benefited from an increase in inbound tourism is through the easing of visa restrictions. Take Africa for example, though African tourists still require a visa to travel to over half of the countries in Africa; countries within the region with more lenient visa requirements have seen significant growth.

Ethiopia has one of the fastest growing tourism sectors (growing by 48.6% and worth $7.4 billion in 2018) and a lot of its success can be contributed to the introduction of their new visa policy. As opposed to tourists from other African countries going through what can be a strenuous visa application process, African tourists can obtain a 'visa-on-arrival'. The new system makes it easier for travellers, as they can gain the visa upon landing.

Other regions have done similar; countries in Central Asia have eased visa restrictions to tourists from the UAE; and China are looking to do the same for Indian tourists.

By easing visa restrictions, travelling has become a less daunting process for travellers and can make visiting a country more appealing. For host countries, it also makes it easier to target market groups where they see potential for growth.

By creating campaigns such as, Puerto Rico's 'Have we met yet?' (which targets tourists from the LGBTQ community) and Ghana's 'Year of Return', (which targets black African Americans), countries have certainly started to hone in on potential lucrative tourist groups.

Campaigns geared towards changing the face of a tourist destination has given countries the ability to target different markets and form partnerships. China, one of the key tourist destinations in the Asia Pacific, are aiming to target travellers from India. It’s a fact that Indian people are some of the world (with an estimated 25 million Indian outbound travellers in 2017; set to increase to 50 million in 2020, according to the UNWTO) and are said to be attracted to culture. Because of this, Chinese President Xi Jinping has promoted the idea of homestays. Homestays give Indian people the opportunity to stay in authentic Chinese homes and experience the native culture.

Other countries such as Kenya, Rwanda and South Africa have positioned themselves as a hub for conferences and exhibitions. This has allowed them to tap into the business travel market, both within Africa and in countries such as China. These regions hope that the opportunity to do business and the easing of visa restrictions for Chinese visitors will lead to an increase in foreign investment in their countries.

By targeting the right market groups and encouraging investment, countries can further boost their tourism industries as well as their infrastructure.

Philippine Tourism Committee Chairman, Samie Lim said: "[The Philippines] may have beautiful attractions but these will be useless if there are no roads to bring the tourists here". He was speaking figuratively but it's also true literally. If the infrastructure of a country is not adequate, its tourism industry will never reach its full potential.

Investment in better travel connections, hotels and accommodation and tourist attractions are some of the ways countries with growing tourism markets have seen progress.

Ethiopian Airlines continues to show its dominance over the African airspace through its shrewd acquisitions, as it continues to boost its fleet and increase the amount of destinations it can fly to. The African continents embrace of Airbnb has also been useful. The number of listings on the platform has increased, which has helped to make the availability of accommodation much easier to recognise and book. The creation of easier travel and the use of popular platforms has the ability to entice travellers.

Greater access to hotels and accommodation is also beneficial, as seen by Puerto Rico, who after being stricken by a natural disaster in 2017, has seen signification growth (12% increase in lodging revenue, their highest in eight years). The availability of vacation rentals as an alternative to hotels has helped. As they plan the reconstruction of damaged hotels and the building of new ones, their numbers are sure to rise.

Countries continue to look at their tourism industries as another asset to help grow their economies; the more investment into this industry, the more they can tap into its potential. CTH will be following closely to see how these countries continue to grow and what other factors they use to do it!