Home CTH News Getting to know the hospitality industry

Getting to know the hospitality industry 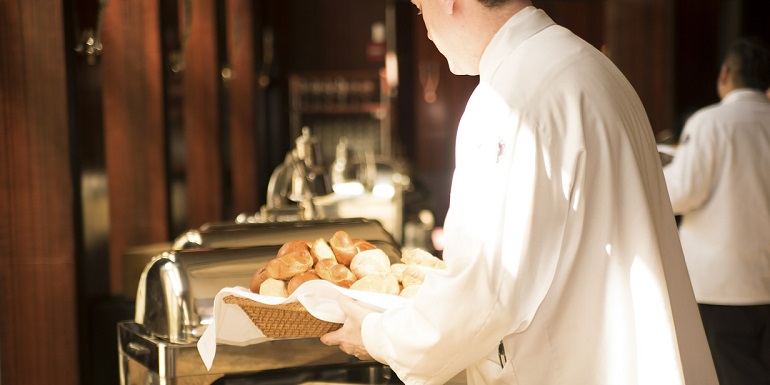 For a long time, the hospitality industry has had to make do with its notoriously tough perception, but is there more than meets the eye?

Typically associated with long hours and its tough nature, the hospitality industry can be considered a hard place to work; this is especially true for the British hospitality scene. But where do these perceptions come from?

The hospitality industry in the 1990s was renowned for its volatile kitchen environments and intense head chefs. Some chefs in the industry argue that this working environment created a respect for the industry due to the time and effort that was sacrificed for the craft. New Head Chef, Frederick Forster of Plateau restaurant in Canary Wharf, London is one of those, as he feels that era forged who he is today. The sort of tough love approach of the industry he argues built character, commitment and the ability to work under pressure in different working environments.

However, is that how the hospitality industry is today? For better or worse the industry has changed. The pressure, commitment and passion are still there but there may be less of the in-your-face volatility that was once present. But, why do we still feel that things are the same? It could be the lingering effect of years gone by or the over-dramatising of the hospitality industry on popular TV shows. Whatever it is, the industry certainly has made changes since then.

Speaking to some of our graduates and other people in the industry, they talk about the pressure and commitment that remains but express that the severe scolding and fierce head of staff that we assume are always present in hospitality aren't a constant feature. It's more so a pressure for quality and meeting standards.

Like most things, over time things change and it's the same with the hospitality industry. However, what's important here is that prospective recruits and students get a fuller picture of the industry they are getting into.

Here at CTH, we are trying to do just that by creating projects such as CTH Spotlight, which is a series of films aimed to give students an inside look into the hospitality, culinary and tourism industries. We also commend initiatives such as the collaboration between Fred Sirieix and the Institute of Hospitality. The campaign, My Hospitality World, encouraged several top hospitality employers to open their doors and offer tours, presentations and job-shadowing opportunities to those interested. Even, suggestions that the government may look at ways to improve apprenticeships and amend contract types is a step in the right direction.

Reducing the barriers to entry can only be a good thing for the growth, environment and quality of the industry.

In order to equip yourself so that you're ready to take on the hospitality industry, you need the right foundation. Find out what we mean here: www.cthawards.com/get-your-cth